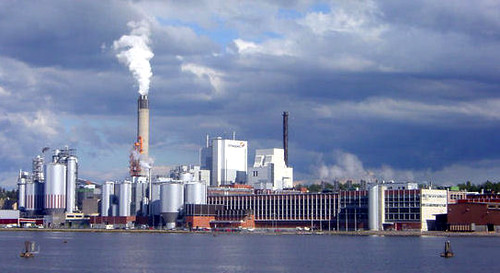 Facebook will build a new server farm on the edge of the Arctic Circle – its first outside the U.S. – that will improve performance for European users of the social networking site.

After reviewing potential locations across Europe, Facebook confirmed it had picked the northern Swedish city of Lulea for the data center partly because of the cold climate – crucial for keeping the servers cool – and access to renewable energy from nearby hydropower facilities.

The move reflects the growing international presence of the California-based site, which counts 800 million users worldwide.

“Facebook has more users outside the U.S. than inside,” Facebook director of site operations Tom Furlong told The Associated Press. “It was time for us to expand in Europe.”

He said European users would get better performance from having a node for data traffic closer to them. Facebook currently stores data at sites in California, Virginia and Oregon and is building another facility in North Carolina.

The Lulea data center, which will consist of three 300,000-square foot (28,000-square meter) server buildings, is scheduled for completion by 2014. The site will need 120 MW of energy, fully derived from hydropower.

Located 60 miles (100 kilometers), south of the Arctic Cicle, Lulea lies near hydropower stations on a river that generates twice as much electricity as the Hoover Dam on the border of Nevada and Arizona, Facebook said.

In case of a blackout, construction designs call for each building to have 14 backup diesel generators with a total output of 40 MW.

Facebook didn’t give the price of its investment, but Lulea officials have previously projected construction costs of up to 5 billion kronor ($760 million). The Swedish government said it was ready to pitch in with 103 million kronor ($16 million).

“We knocked on doors at Facebook’s head office (in Palo Alto, California) and today they’re moving in to Lulea – this is huge, really huge,” said Matz Engman, who heads the Lulea Business Agency, a public-private partnership working to attract businesses to the region.

With winter temperatures well below freezing and summertime highs that rarely climb above 80F (25 degrees Celcius), Lulea has used its frigid climate as a selling point in its efforts to establish itself as a hub for server farms. Other Nordic cities have adopted similar strategies.

In 2009 Google purchased a paper mill in Hamina, southern Finland, and turned it into a data center, using seawater from the Baltic Sea for its cooling system.

Servers inside data centers are the backbone of Internet services such as Facebook. The servers store and transmit billions of status updates, links, photos and all the outside apps used by Facebook’s members.

How To Pick A Domain Name For My New Business

Which Is Right For Your Business: Facebook Ads or Google AdWords