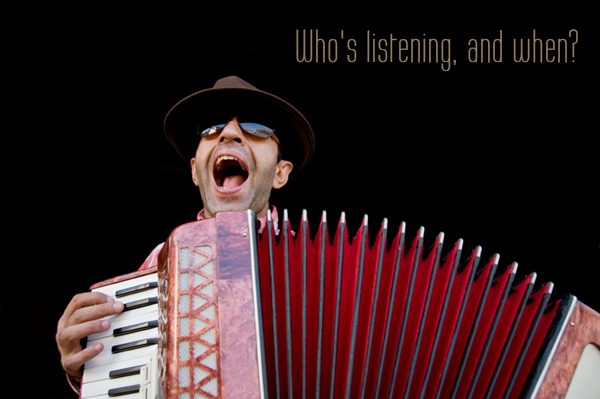 What time should I post on Facebook? How about the Twitter account – when will I get the most exposure for the tweet I want to twerp (or is it chirp)? In a recent article from Jason Fell, technology editor at Entrepreneur.com, a few guidelines for successful posting on primary social media outlets shed some light on when I might see some better results.

Since I am not the only one who strategizes on when to use social media for my business – because it IS a time sponge – those of you who are sympathizers will also find these times of day to be interesting intel:

Facebook: For the best click-through rate, bitly suggests posting to Facebook between 1 p.m. and 4 p.m. EST. Wednesday at 3 p.m. EST is the peak time of the week to post. Traffic from Facebook fades after 4 p.m. Weekend posts often get less attention than weekdays.

Twitter: Your best chance of getting high click counts on Twitter is with tweets sent in the afternoon earlier in the week — namely 1 p.m. to 3 p.m. EST, Monday through Thursday. Bitly suggests users avoid posting after 8 p.m. or after 3 p.m. on Fridays. As with Facebook, weekend tweets are less effective than those sent during the week.

Tumblr: This social network has a “drastically different pattern of usage” than Facebook or Twitter, bitly says. Tumblr traffic from bitly links peaks between 7 p.m. and 10 p.m. EST on Monday and Tuesday, with similar traffic on Sunday. Friday evening — a time that’s generally ineffective for other networks — can be an optimal time to post on Tumblr. On average, content posted after 7 p.m. receives more clicks over 24 hours than mid-day posts during the week.

Keep in mind that these reports are based on information generated at bitly. So, if you use a different URL shortener, it will be worthwhile to track your stats and see if they are close to what bitly sees on their click-throughs.

Are you looking for better results from your social media strategy, too, or are you already getting them? Of course, any experiences you have with your URL shortener service or with what time of day produces the most social media activity for your business are welcomed here!

Scott is Director at SafeHouse Web. He provides consulting to business executives and leaders of organizations who want a holistic strategy for the success of their online presence.

All Posts by Scott Kindred