Want a captivating blog post?  Make sure you pick the right image!

On the web, content is said to be king, and there is no more widely read, accessible, and transformative type of internet content than the blog post.  This staple connector of the online universe captivates minds, conveys information, and perhaps most importantly, it inspires consumer action.  It’s no wonder then that every business owner, marketer, and social media coordinator is on an endless search for the magic formula that can transform content into well-received, viral marketing agents.

While it is true that concise and informative writing is very important when formulating an impactful blog, what many don’t realize is that a large percentage of the true power behind a blog post is generated from the quality and relevance of its accompanying image.  In fact, Skyword executed studies show that on average, total blog readership increases by a whopping ninety-four percent when a “relevant photograph or infographic” is included.  This likely is due to a revelation that can be found in another important study conducted by top neuroscientists at the Massachutess Institute of Technology (MIT).  These neuroscientists revealed that the cognitive impact of a viewed image registers in our brain in just thirteen milliseconds.  That is more than sixty thousand times faster than the brain can process text!  The effectiveness of a well-selected image is clear, so let’s take a look at five of the most impactful types of images that will strengthen your next blog post.

Frame a quote with a captivating photo

People search the internet for information and inspiration.  Once located, there is an urge to share the gems that have been found.  This sharing behavior is a human instinct, and a psychological need.  Mixing meaningful quotes and alluring photos provides this same magical mix of information, (the quote), and inspiration, (the image), that appeals to the very core of a reader.  In fact, in his acclaimed marketing book Contagious, Jonah Berger would attribute this to a mix of ‘social currency,’ ’emotion,’ and ‘practical value,’ all of which, he says, are necessary to make content ‘catch on,’ and become viral.  Next time you have something short and impactful to share, try composing a photo quote post.

A few quick icons can say it all

In many cases, you don’t need a lot of words to get a blog post point across.  With the evolution of short hand communicators like acronyms, emoticons, and icons, you can capture your entire message in an impactful, effective, and innovative way that summarizes any accompanying text, and that makes your content stand out.  Psychologists at the University of Glasgow report, that “what the mind can’t see, the brain fills in.”  This makes the presentation of an icon image a ‘mental game’ of sorts that invites attention and draws engagement.  Once you’ve attracted this cognitive level of attention to your post, you have already won half the battle.

It has been often said that television and movies are the most powerful and emotional means of conveying a message.  A photographic still has a similar effect on an online blog post.  Beyond adding impact, selecting a poignant film or TV still gives your blog the immediate advantage of taking on the built-in resonance that has been infused into the media’s own storyline.  Utilizing the correct still image is one of the fastest shortcuts to ensuring your blog post has deep and impactful context.

In these days when almost everything is written on a computer, a handwritten note (or notes typed with a handwritten font) attracts attention.  Handwritten messages are rare, and the best marketers in the business are well familiar with their immense response boosting power.  Studies show this increase to have up to an extra fifty percent of viewership over typed content!  The reason that this technique works has everything to do with the feeling of personalization that comes with the handwritten word.  Take advantage of this simple, yet powerful tip to attract a substantial amount of attention to your posts.

Editor’s note about the above image example: It was taken at our office in Hollister and was used for a social media marketing campaign and a blog post. And there was a definite urge to start singing the song… 867-5309…

One of the benefits of a great blog post is the detailed information that it imparts to the reader.  It is these very types of shares that make your target niche members turn into consistent blog visitors.  Rather than typing pages of boring information, one of the best ways to share your supporting facts is by creating illuminating photo statistical images.  Presenting these captivating visuals not only immediately engages your target reader, but it also makes for an easily sharable post. These powerful visual statistics also find their way to other blog rosters, and serve as effortless evangelizers for your endeavors and ideas.

[message_box title=”Bonus Image Type” color=”yellow”]Who would want to do without humor? It’s our 6th suggestion for creating effective blog images.[/message_box]

Light humor is a great way to engage your audience. We all know that something we find funny might not be taken the same way by the next person – and that’s just unavoidable – but if you put some thoughtful and considerate energy into sharing some humor you feel will be widely accepted and understood, the smiles you bring to others will be worth it.

When creating blog content, be sure not to forget one of its most important elements.  Spending an extra moment to select the perfect image can bring about a wealth of healthy returns.

Maeyen Bassey is an award-winning Los Angeles, CA based writer, filmmaker and documentarian. She can be reached on twitter @MaeyenBassey, on Instagram @MaeyenBassey and via Facebook. 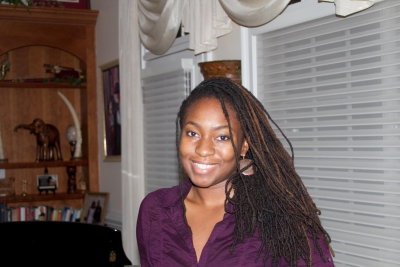 All Posts by Maeyen Bassey

Breaking: Facebook Aligns With Google To Give Mobile Searches A Powerful Boost